Steampunk has always been the Gucci of book genres for me.

I absolutely love looking at it, I know other people enjoy it very much, but I am slightly scared that it isn’t for me.

However, after a bit of debate and many cups of tea, I decided that it was a risk worth taking.

I settled on a book, nestled down, and took the plunge into the wonderful genre of Steampunk.

And which book did I choose to take the dive with?

Elizabeth Barnabus lives a double life—as herself and as her brother, the private detective. She is trying to solve the mystery of a disappearing aristocrat and a hoard of arcane machines. In her way stand the rogues, freaks and self-proclaimed alchemists of a travelling circus. But when she comes up against an agent of the all-powerful Patent Office, her life and the course of history will begin to change. And not necessarily for the better…

I was fairly hesitant about this book. After all, Steampunk is seen by many to be a blend of science and historical story-telling – cogs and springs and fantastic contraptions, dresses and decorum and industrial revolution.

And I always feel there is a risk that the story becomes too bogged down in these areas, trying to flesh out the historical facts, or placing the focus on the world-building rather than the characters.

For The Bullet Catcher’s Daughter, however, this was thankfully not the case. 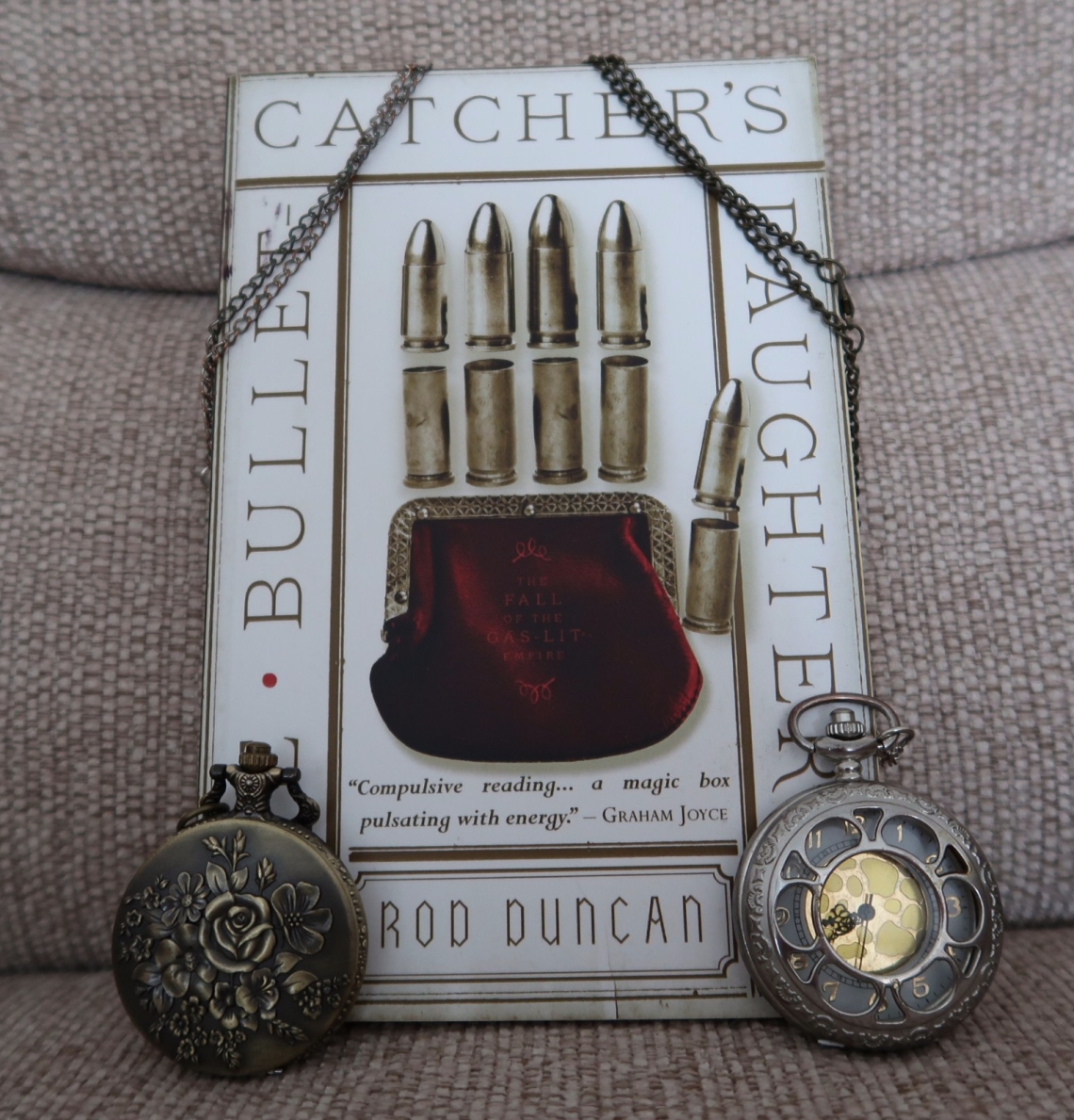 I’m saying it here and now: Elizabeth Barnabus might just be one of my favourite female characters of all time.

Her voice drives you onwards throughout the story, making you want to see how the mystery unravels. You feel the tension when she almost loses her disguise, you marvel at how her plans are set into motion. And, when her past returns to haunt her, you genuinely want to see her prevail. Without a doubt, she is the highlight of this novel.

On the other hand, I sometimes found the setting and description to be a little confusing in this novel. Occasionally, the phrasing and staging of scenes would be clunky, and I would lose my sense of place within the scene – particularly, the section with the airship felt a little perplexing to read.

Yet, when the setting hits home, it opens up a Steampunk world of marvels.

The world of this novel is complex, one side with the strictness of the Victorian era, and the other bursting with colour and industrial life. I admit that perhaps my confusion comes from being unfamiliar with this genre. But, nonetheless, settings such as the circus and Elizabeth’s houseboat stuck in my mind long after I closed the book; a good indication of great setting.

The plot itself carries you through twists and turns. And, while I feel that the end of the novel is a little rushed, the story as a whole kept me on the edge of my seat. Though Elizabeth is a private investigator and this is, without question, a mystery, what kept this story engaging for me was the sheer charm of the cast, particularly the protagonist. I wanted to see what would happen to her. I wanted to root for her, right up to the end.

This was my first book in the Steampunk genre. And honestly, I couldn’t have chosen a better one to start with. The Bullet Catcher’s Daughter is an exciting, intriguing novel, full of theatrical wonders and sci-fi spectacle.

Now, if you’ll excuse me, I need to go and find its sequel…

Have you read The Bullet Catcher’s Daughter? Do you have a Steampunk book to recommend? Leave a comment below, or tweet me @ERHollands. There’s always room on my bookshelf!